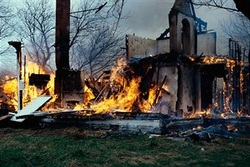 Investigators say the fire that took the lives of eight women and destroyed a church last month was started during a debate over modesty.

A witness told investigators that the women's committee of the Road To Salvation Holiness Pentecostal Church was preparing breakfast in the church kitchen when a heated debate broke out between two of the members, Charlotte Snideswipper and the pastor's wife, Emily Bullsrun. According to the witness, another woman had suggested the committee was lucky to have the most "modest and humble of Christian ladies" among their membership. At this point Bullsrun was heard to say, "Thank-you.", to which Snideswipper contended, "She meant me, you dumb slut." Bullsrun responded by calling Snideswipper "Beezlebub's ugly sister". The witness says the two women began to argue between themselves, with members of the committee taking sides. The fire began when Bullsrun took an fireplace lighter and lit Snideswipper's hair with it.

"Charlotte's head ignited like a candle wick," stated witness, Mary Jo Barnhardt. "I was screaming at her to drop and roll and Alicia Watson ran to get the fire extinguisher. But the next moment Charlotte's sister opened the big convection oven we use for Wednesday night baking classes. Three other ladies pushed Emily inside the oven, which was already hot, and slammed the door. At about that moment was when Charlotte, who was an inferno now, fell into a curtain. It ignited and Alicia started to use the extinguisher but Emily's niece literally tore it out of her hands. That's when the air got smokey and real dark, except for those scary orange flames, of course. I remember shouting at Alicia to help me lift a window so we could crawl out. That's when the oven exploded. I don't remember anything after that until I woke up in the ambulance."

The surviving committee members declined to comment on the fire, except to say Wednesday night baking classes are now being hosted at Alicia Watson's home. 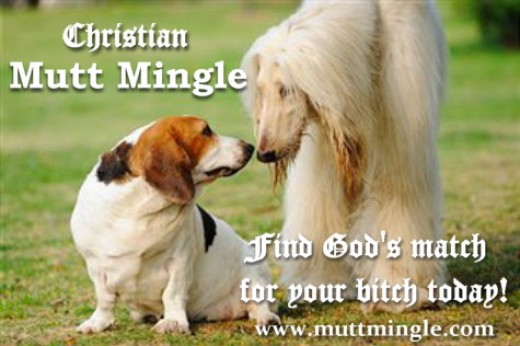