China to sue Itlay for reparations 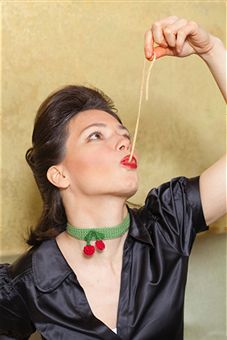 The government of China announced today it is suing Italy, via the World Court. China alleges that Italy owes it millions of dollars in reparations over copyright infringement violations over the recipe for making pasta.

Italian officials say China's claim is ludicrous, and is based on a myth perpetuated by China itself.

"Everyone knows the invention of pasta in Italy occurred in total isolation of China," read a statement from the Office of Pasta Relations in Florence. "It is a cultural synchronicity, no doubt. Things like this have happened throughout the course of human existence. But China has long resented the popularity of our sauces. This demand for reparations just shows how unimaginative the Chinese can be. If they really want to help their image and people, they could encourage some innovative and original ideas from their restaurant industries."

An authority with China's Culinary Oversight Department responded angrily when he aired a public statement from a table at the Beijing Kentucky Fried Chicken Palace, "China has the most innovative and original restaurant industry in the world. Server, I have been waiting over forty minutes for my Big Mac and Frosty! Chop, chop!" 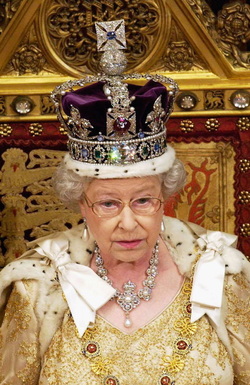 After hearing the welcome news that Queen Elizabeth will be receiving a 5% raise next year, Prince Charles announced the family are planning a small, family-only holiday to celebrate.

The Prince told the press today that the Queen's raise is a cause for celebration, but no one wants anything "showy". He went on to say that the family intends to visit Northern Ireland next February for a quiet family holiday to celebrate.

"We are a close, down-to-earth family, a far different species of royals as say our privileged and out-of-touch ancestors," the Prince said. "We are more concerned with helping to bring awareness to detrimental climate changes and focusing on what we, as humble human beings, can do to safeguard the ecology for coming generations."

Jane Wycliffe, a spokesperson for the Prince's office, confirmed that Charles and his father have already made arrangements to rent a castle near Ballypatrick Forest in Northern Ireland. Here, Wycliffe says, the Royal family will be surrounded by the breathtaking beauty of some of the oldest woodland in all of Ireland.

"It is visually spectacular and spiritually moving," Wycliffe commented. "I am sure they will love it. And to honor the ecology in Northern Ireland, the Prince and his wife have already ordered over three thousand kilos worth of fireworks to set off in the middle of the forest, as well as a jet show that will fly right over what remains of the castle's fragile ramparts."